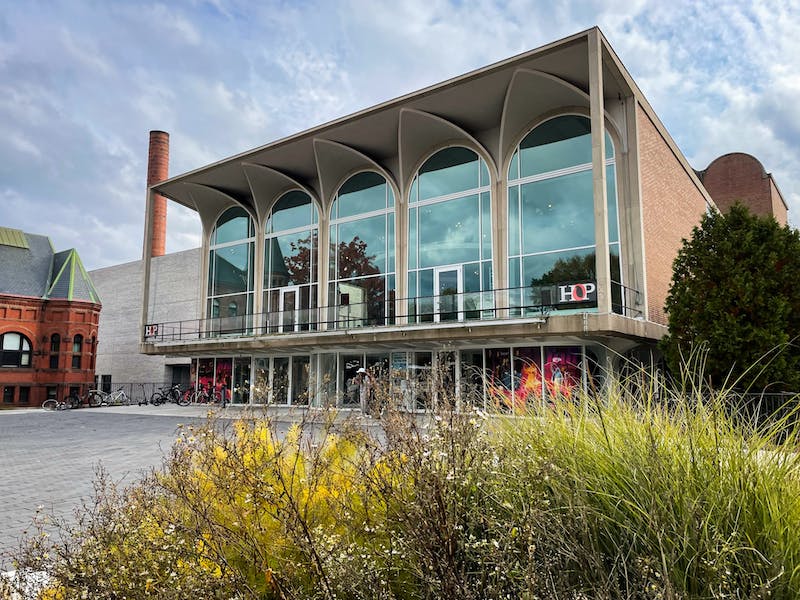 The symposium brought together scholars to discuss depictions of animals in 18th and 19th century art.


The ‘Animal Modernities’ symposium brought together professors from around the world to discuss an extraordinary range of topics related to how depictions of animals in 18th and 19th century art reveal the changing relationships between humans and animals. animals over time. The symposium, which took place on October 13, was organized by the Leslie Center for the Arts and Humanities and the Art History, French and Italian departments of the Hopkins Center for the Arts.

“We try to move away from iconography and see animals as co-creators, with a more active role in art history than simply as an inert subject for brilliant artists to discover and represent”, said Dartmouth, assistant professor of art history and co. -organizer Katie Hornstein wrote.

The symposium was co-organized by Daniel Harkett, professor at Hornstein and Colby College. While collaborating on a research project on animal agency in art, Hornstein and Harkett came up with the idea for the conference. The couple appealed to scholars, colleagues and mailing lists “to challenge the traditional submission of ‘nonhuman animals’ in narratives of the emergence of modern visual culture between 1750 and 1900,” according to the department’s website. of English. Due to the flood of interest in the presentation, they had a rigorous acceptance process that helped them cultivate a selection of “really high-caliber presentations,” which Hornstein said she and Harkett were “really thrilled with. “.

Annie Ronan, an assistant professor of art history at Virginia Tech University, one of the speakers at the conference, said she got involved in the underrepresented field of animal modernities completely by accident.

“My friends would often send me paintings of dogs dressed in human costumes and similarly ridiculous images because they thought I would find them funny as an art historian,” Ronan said.

Although they made her laugh, these strange depictions of animals in 19th century paintings piqued her interest beyond mere comedy. When she came across “That’s very weird, isn’t it?” – an 1885 oil painting by James Henry Beard which depicts a chimpanzee seated in a chair and holding Darwin’s classic “The Descent of Man and Selection in Relation to Sex” – she said she had sent it to his adviser because she thought he would find it entertaining.

Although originally having nothing to do with her thesis, Ronan eventually told her advisor that she was actually focusing on painting – to which her advisor responded with confusion and skepticism, saying “‘you know painting is insane, right?’ He asked me. I said, ‘I know.’

Similar to Ronan, Professor Catherine Girard of St. Francis Xavier University in Montreal also found her transition into animal studies strange. Referencing the famous quote by early 20th century German art historian Erwin Panofsky that beaver constructions cannot be considered art because only humans can make art, Girard began to ponder whether or not art historians should “begin to study and interrogate the aesthetic productions of non-human species”. .”

“It’s kind of a fun question, but it’s also a deeply serious question about what differentiates human and non-human animals,” Girard said.

In his presentation, “What Do Seals Want? Destabilizing the Visual Culture of Seals and Sealing through the History of Restorative Art and Deference to Indigenous Epistemologies”, Girard explored art made with materials from seals, emphasizing the importance of repatriation and respecting the perspectives of Indigenous peoples on how their works are represented to the public. She spoke of Inuit culture as an example of how Indigenous communities often grant animals more agency and respect than Western cultures and how they maintain a looser boundary of identity between themselves and animals.

Looking back on the symposium as a whole, Girard said it resonated with the “cross-cutting idea of ​​gender” that frequently cropped up in the other presentations.

“As soon as we begin to interrogate the margin of gender identities – within the framework of the shift away from the centrality of human experience – other marginalized identities begin to come more into play. The symposium generated a discourse that would create associations between animality and different conditions of otherness,” Girard said.

Tarek El-Ariss, Professor of Middle Eastern Studies at Dartmouth, explained how the concept of modernity draws inspiration from multiple different cultures. In his speech on the plurality of modernity, he asked, “How do you make modernity include multiple cultural traditions of thought? »

El-Ariss pointed out that while “modernity” may be a Western concept, it is built on global contributions “from different sides, with different perspectives.”

“Modernity establishes itself through exclusion but also undermines itself – no longer subject to the architecture of control that modernity imagines itself to have,” he said.

Jonas Rosenthal ’25, one of the few student participants at the symposium, met El-Ariss on Arabic LSA+ in Morocco. Rosenthal said he found El-Ariss’s speech interesting and was particularly struck by this idea that the ‘Frankenstein’ monster ‘served as a symbol of the failure of modernity’, erasing the gaze omniscient and classification ability of humans.

In their humorous and thoughtful talk, “Modernism is a cat,” Michael Yonan, professor of art history at the University of California, Davis, and Amy Freund, chair of art history at Southern Methodist University, analyzed the significance of cats in 18th and 19th century paintings. Often overlooked as mere symbols of domesticity in paintings from this era, Yonan and Freund argued that cats “actually represent qualities that resonate with the artist who depicts them”.

Yonan and Freund highlighted the positioning of the cat in “The painter’s studio: a true allegory summarizing seven years of my life as an artist”, as an example. It was said then that the painter, Gustav Courbet, asserts himself as a hunter and not a “flaneur”, which is the fashionable character of a detached and observant figure that most French artists assume at this time. In their article, Yonan and Freund propose an alternative to the flâneur: that, like cats in their hunter mentality, “artists rather pounce on reality, and even kill it”.

The “Modernism is a Cat” speakers drew a lot of laughs as they ended with an acknowledgment of their own cats’ contribution to this article. Yonan and Freund said the presence of cats while their owners worked informed the professors’ research, because cats train you to do what they want and look at them in specific ways. Returning to one of the central questions of the symposium, Yonan and Freund said they fully support the idea that animals have power over how we portray them in art.

Hornstein said the symposium’s guiding question of the human-animal relationship in art history is particularly pressing given what she described as the age of human-made environmental catastrophe we now live in.

The second part of this symposium, which will take place at Colby College on April 13, will focus lightly on the collection workshop of papers presented at the Dartmouth symposium and on working out the main threads connecting the wide range of topics to summarize in a book. or anthology.