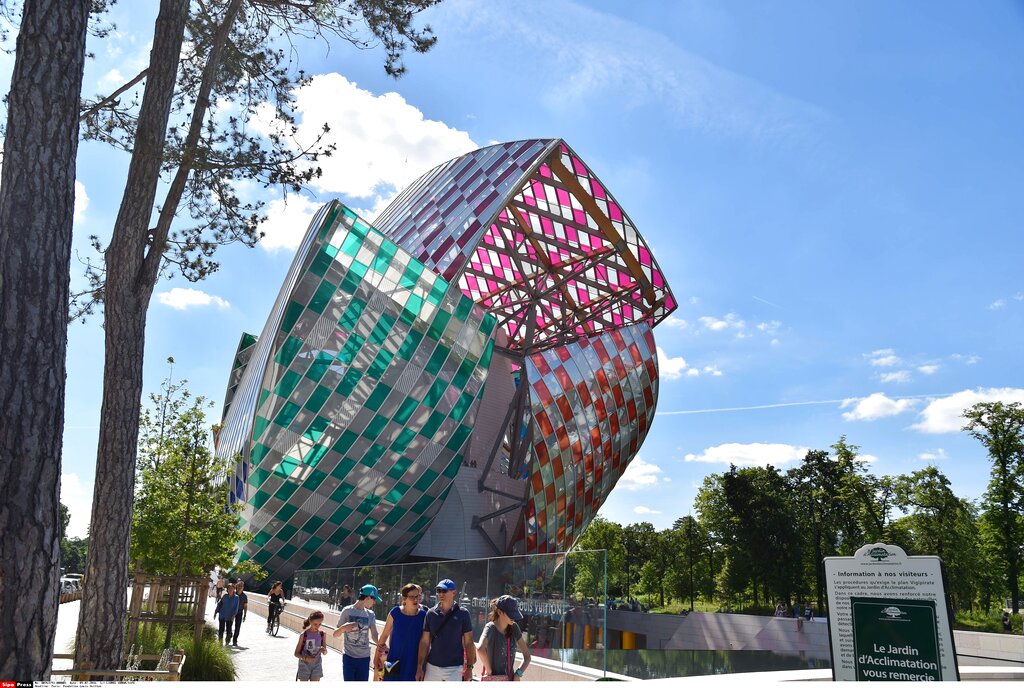 To get Morning Links delivered to your inbox every day of the week, subscribe to our Breakfast with ARTnews bulletin.

FROM RUSSIA WITH LOVE. This week in Paris, the multi-storey art collection brought together by the Russian brothers Ivan and Mikhail Morozov over 100 years ago will be presented at Louis Vuitton Foundation, rich in works by Cezanne, Gauguin, Picasso Russian museums. It’s sort of a sequel to the 2016 hit show from the Russian Industrialist’s Foundation Sergey Shchukinart fund of (here is a ARTnews criticism of this holiday). Bloomberg reports that the new exhibit has been given the green light from President Vladimir Putin, when Bernard Arnault, the LVMH president (and ARTnews Top 200 Collector), went to Moscow to thank him for his support to the Shchukin company. The AFP has details of the wild ride Morozov’s work has had over the years, at one point hidden away in the Ural Mountains during WWII. And speaking of Putin, in last weekend’s parliamentary elections in Russia, the director of the Hermitage Museum, Mikhail Piotrovsky, was at the top of the ticket to the president’s party in St. Petersburg. â€œBeing placed first on the ticket means the person has the highest trust score in town,â€ he told the Art journal . â€œWhere else in the world would you find a city where the director of a museum has the best marks? As expected, the first results showed that Putin United russia had retained his grip on Parliament, but with less support than in the past, and amid accusations of fraud, the New York Times reports. In St. Petersburg, police arrested independent election observers.

A BIG DAY FOR BOUVIER. Swiss prosecutor drops collector’s criminal fraud complaint Dmitry Rybolovlev against the businessman Yves Bouvier, the New York Times reports. In courtrooms around the world, Rybolovlev accused Bouvier of grossing up the works of art he sold to Rybolovlev by around $ 1 billion (including Leonardo‘s Salvator Mundi ), effectively operating as an art dealer while claiming to act as his advisor. Bouvier denied any wrongdoing and maintained that he was clear about his operation as a dealer. The battle between the two has been raging for six years, and this was the last pending criminal action against Bouvier. Rybolovlev’s lawyers said they would appeal, calling the case “the most serious the art world has ever seen”. In Monaco, an investigation is underway into a claim by Bouvier that Rybolovlev used gifts to encourage authorities to investigate Bouvier.

After extensive safety work, which consisted in removing 40,000 pieces of scaffolding, the fire Our Lady the cathedral is set to undergo renovations, officials said. France aims to organize a full service on April 16, 2024, marking the fifth anniversary of the fire. [AFP/France 24]

The Metropolitan Museum of Art will sell more than 200 duplicate copies and photographs of its collection at Christie’s amid a pandemic-induced shortfall. The work is expected to bring in around $ 1 million. “More important works have also been put up for sale, but the museum does not know what they are”, Katya kazakina reports. Old Sotheby’s rainmaker Tobias Meyer advises the museum. [Artnet News]

prince charles we say he wants to convert Buckingham Palace in London in museum. His mother, Queen elizabeth ii, would not be a fan of this movement. (Parts of the sprawling site are visible on tours, but the family’s apartments are not.) A $ 500 million renovation is expected to be completed in 2027. [Page Six]

Speaking of the repression in Hong Kong, artist and activist Ai Weiwei says, â€œI want to tell those who are falsely and unjustly accused that they stand on the right side of history. The authoritarian regime will not be able to erase their glory. All their efforts defended the principles of justice and equity. . . I am very proud of them. [Hong Kong Free Press]

Mexico asked a Munich auction house to cancel the sale of more than 74 artefacts which it claims are classified as “national heritage”, and the Orthodox Church of Cyprus took possession of two 18th century doors taken from a church in northern Cyprus that somehow found their way to a Japanese art school. The church first spotted them 20 years ago and waged a legal fight to get them back.
[The Art NewspaperÂ andÂ The Associated Press]

A lede which must be quoted in full: “A finger bone of a deceased national artist Thawan Duchanee, which was stolen seven years ago, was returned to his son after a superstitious artist claimed that hanging the stolen relic from his easel had boosted his talent as a painter. Glad it’s resolved. [Bangkok Post]

Thinking of getting into the NFT game? Be careful, Gauthier Zuppinger, the co-founder of Nonfongible.com, a website that tracks digital collectibles, said Bloomberg. â€œMaybe 90% of the collections created today are totally unnecessary and meaningless. A related data point: The vast majority of digital assets sold on the OpenSea platform in the past 90 days have not been involved in another transaction. Explaining how to be successful in NFTs, Zuppinger said, â€œNinety-nine percent is being in the right circle, having the right information at the right time. It looks a lot like the contemporary art market. [Bloomberg]

Call for applications: artistic works for the CTM Radio Lab in Germany