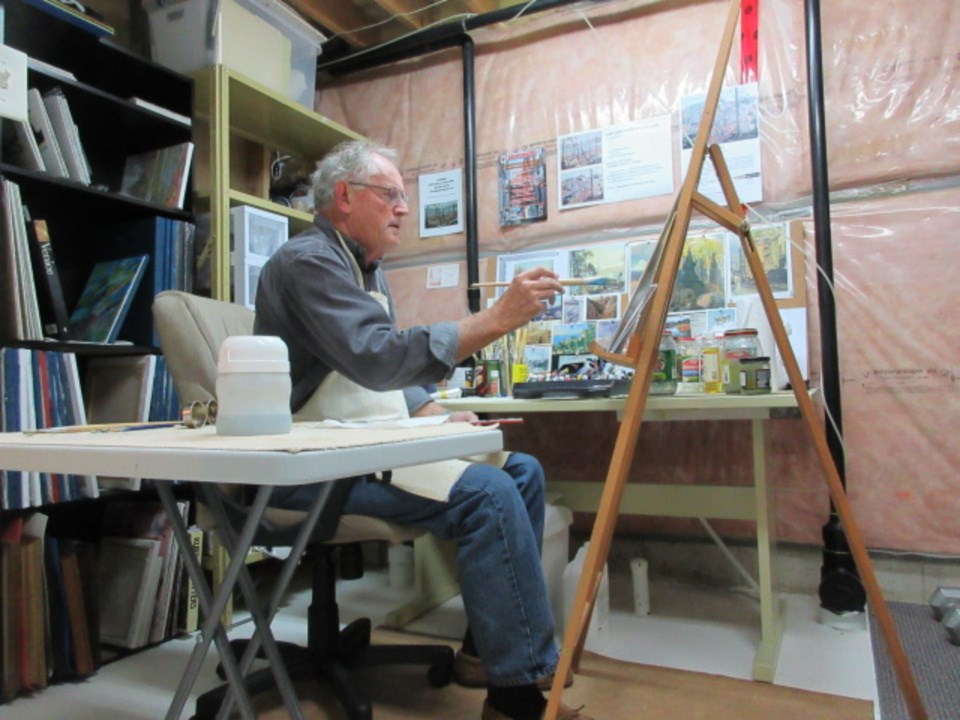 Judge for Yourself: Man Uses Art to Escape ‘Franic’ Time

“I like to be spontaneous. I’m not one of those artists who agonize over something for weeks. I just like to do it and move on,” says Group of Seven-inspired artist

From hammer to paintbrush, David Murphy of Barrie has lived a unique life.

After a life spent mostly in a courtroom — first as a barrister in a major Toronto law firm, then as a judge of the Cayman Islands High Court — the 73-year-old is enjoying a simpler life these days, spending mostly in his basement art studio.

Born and raised in the city, Murphy says he’s been painting for almost 50 years, but it wasn’t until he started taking art classes once a week. — while working at a large litigation firm in downtown Toronto in the 1980s — that he really started to like her.

“It seems strange. It’s a time in your life when you’re probably the busiest, craziest and most frenetic of your career,” he said. BarrieToday. “I decided I wanted a diversion from law school and started copying Group of Seven oil paintings just for fun.”

In 1989 Murphy moved to Hong Kong, where he spent the next seven years working as a professor of law at the University of Hong Kong. And although he didn’t paint much during this time, he says he would find time between classes to take occasional lessons.

During this time, he experimented with watercolor and took courses in Chinese brush painting and art restoration. He has also developed a research specialty in art law, published numerous scientific articles on the subject and given conferences all over the world. He is also the author of a book on the legal aspects of the Chinese art trade, published by Oxford University Press.

Murphy then moved to the Cayman Islands and spent the next four years as a High Court judge, a career he admits left very little time for art.

In 2000, at the age of 51, Murphy retired and moved to Europe, where he picked up his brushes and began to paint regularly.

“I started doing a lot of shows and exhibitions in Malta,” he says, adding that he always knew he would come back to Canada.

Murphy, who returned to Barrie in 2013, says he has always been drawn to the Impressionists and credits the famous Group of Seven with inspiring his own work.

“At the time, the McMichael Gallery in Kleinburg was filled with Group of Seven paintings. … It was just a visual feast at the time and that obviously influenced me,” Murphy adds.

Although most of his work over the years has featured landscapes and cityscapes almost entirely in oil, he says he’s been thinking outside the box in recent years and starting to move into the abstract. using acrylic for a “change of pace”.

“Figurative landscapes and cityscapes… that’s what I’ve been doing for decades, but not in a realistic style. I don’t like realistic art. I just prefer to take a picture, so it’s impressionistic,” he says.

An avid traveler, the COVID-19 pandemic has put a damper on that for Murphy. He says he found himself in his basement studio filling the weather during the winters.

“I decided to try something different. I started producing a lot of summaries…most of them experimental and I think some of them are pretty good,” he says. “It’s really just a matter of combining color and shapes in a pleasing combination.

“I like to be spontaneous. I’m not one of those artists who agonize over something for weeks. I just like to do it and move on.”

Murphy’s work is on display in a new solo exhibition throughout May at the Falls Gallery at the Alton Mill Art Centre, located at 1402 Queen Street W., Caledon.