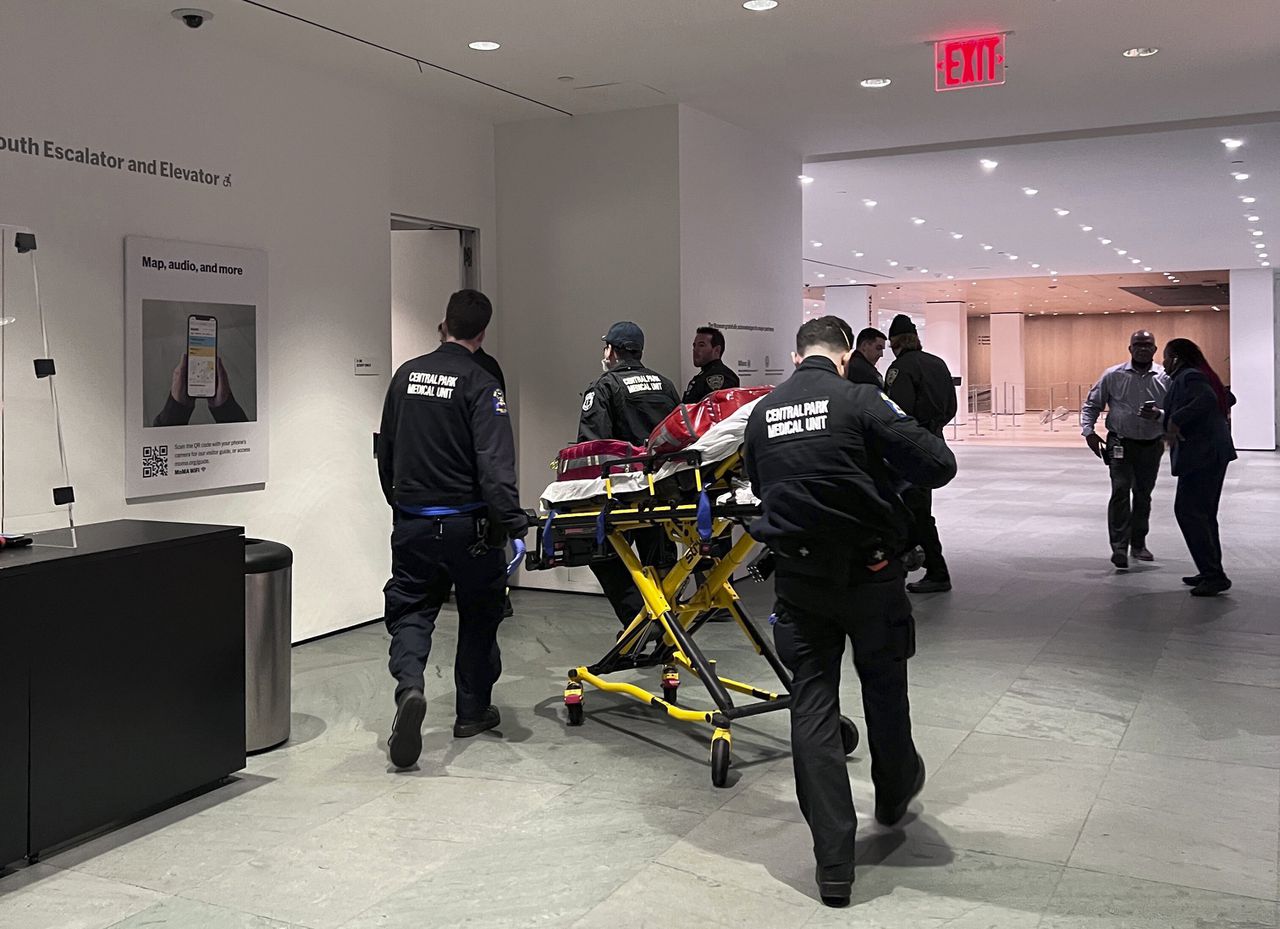 Officers found Gary Cabana, 60, asleep on a bench in a Philadelphia bus terminal. He was arrested without incident, police said.

Philadelphia police said they were looking for him in connection with a fire that broke out at a nearby hotel in the city on Monday.

New York police say Cabana was filmed jumping out of a reception desk and stabbing two employees inside the modern Art Museum on Saturday after being refused entry for previous incidents of disorderly conduct.

A letter notifying the man his membership expired was sent on Friday, Miller said, and he showed up at the museum on Saturday saying he intended to see a movie being played.

“He got mad that he wasn’t allowed in, then jumped over the front desk and repeatedly attacked and stabbed two museum workers,” Miller said.

MoMA, founded in 1929, is one of New York’s top tourist attractions and attracted more than 700,000 visitors in 2020. Its collection of modern art includes Vincent Van Gogh’s “The Starry Night” and works by Henri Matisse and Paul Gauguin.

The museum evacuated patrons after the attack and closed. Its reopening was scheduled for Tuesday.

From Bridgerton to Vanity Fair: The Guide to Period Dramas in London