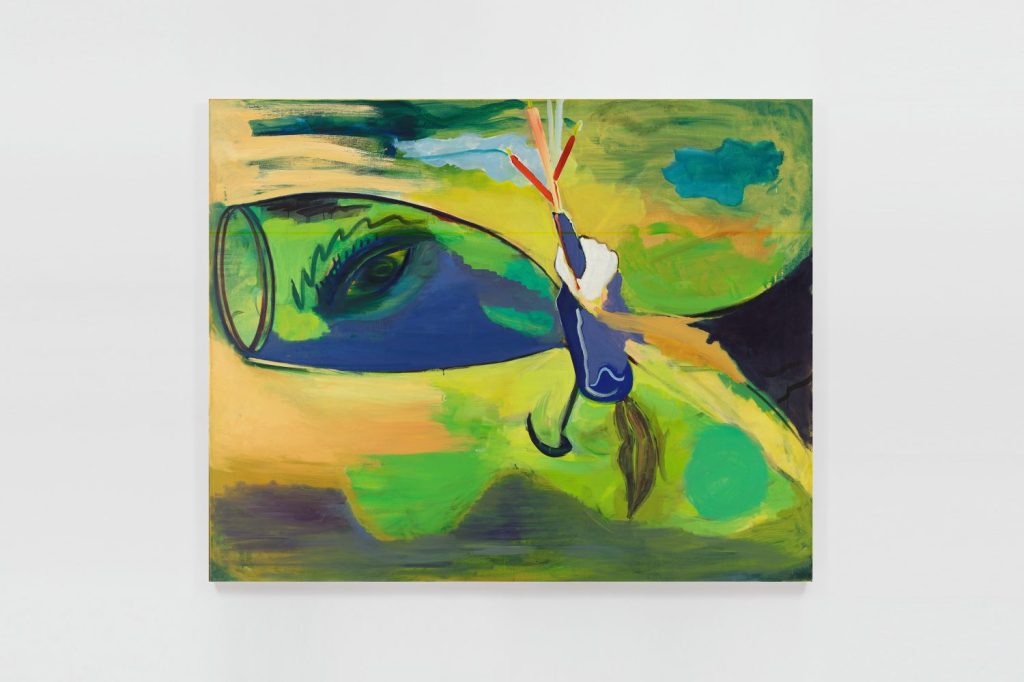 Modern art now represents RenÃ© Daniels
Modern Art gallery in London now represents the Dutch painter RenÃ© Daniels. Based in Eindhoven, the Netherlands, DaniÃ«ls often makes use of allegories and ambiguities. In one of his best-known series, a three-walled structure is sometimes shown floating above an abstract landscape amid bow ties. This fall, the gallery presented a group of paintings the artist made between 1980 and 1987, the same year he suffered a brain hemorrhage that left him unable to paint or draw for decades. DaniÃ«ls has been the subject of personal exhibitions in places such as the WIELS Contemporary Art Center in Brussels, the Museo Reina SofÃ­a in Madrid and the MAMCO in Geneva.

Museo de Arte de Ponce appoints new director
Cheryl Hartup was appointed director of Puerto Rico Ponce Art Museum. Hartup joins the museum from the Jordan Schnitzer Museum of Art at the University of Oregon, where she was Curator of Latin American and Caribbean University and Art Programs. Between 2005 and 2012, Hartup was chief curator of the Museo de Arte de Ponce. During this time, she helped formalize cultural exchanges with the Museo Nacional del Prado in Madrid, the Tate Britain in London and the Belvedere in Vienna. She also helped guide the museum’s major renovation and expansion project before it reopened in 2010.

Ed Ruscha’s painting could fetch $ 22 million at auction
Ed Ruscha1967 painting Wall will be auctioned off at a contemporary art night sale in New York at Christie’s this november. The paint, with the word titular written in an unidentifiable crimson-red liquid, is expected to fetch between $ 18 million and $ 22 million. If it reaches its high estimate, the work will be among the artist’s four best pieces to ever auction. The canvas is one of the first three-dimensional word paintings that Ruscha produced, and is one of Ruscha’s 12 large-scale liquid paintings, nine of which reside in museum collections. The work has been in the same collection for 20 years and was last exhibited at the Menil Collection in Houston in 2000.

Stephen Friedman Gallery adds Hulda GuzmÃ¡n to its list
Stephen Friedman Gallery in London now represents the Dominican painter Hulda guzman. Drawing on surrealism, Mexican muralism and Caribbean folk traditions, it evokes Technicolor jungle landscapes and sparse interiors populated by a raging cast of humans, animals and mythical creatures. In these dreamlike tales, she alludes to the colonial heritages that interfere with the natural landscape. GuzmÃ¡n’s first presentation with the gallery will take place in 2022. His work has already been exhibited in places such as GalerÃ­a Machete in Mexico City, FundaciÃ³n arteba in Buenos Aires and Dio Horia Gallery in Athens.

Sotheby’s sells Hebrew manuscript for a record $ 8.3 million.
Tuesday, Sotheby’s set a record price for an illustrated prayer book in German Hebrew dating from the late 13th century to the beginning of the 14th century for $ 8.3 million. The book sold twice its low estimate of $ 4 million. The result makes the manuscript the most expensive Hebrew prayer book ever sold at auction. The book was sold from the collection of the Alliance IsraÃ©lite Universelle (AIU) support the educational initiatives of the establishment. An American collector with significant holdings of medieval Hebrew manuscripts purchased the book, according to Sotheby’s.

The Biennale de l’Image en Mouvement unveils the list of artists for the 2021 edition
The Biennial of the Moving Image announced the artists participating in its 2021 edition, which opens in Geneva on November 11. Entitled “A Goodbye Letter A Love Call A Wake-Up Song”, it is organized by Andrea Bellini, director of the Center d’Art Contemporain GenÃ¨ve, and DIS, a New York collective made up of Lauren Boyle, Solomon Chase, Marco Roso and David Toro, who will also present a new film. Participating artists are Emily Allan & Leah Hennessey, Theo Anthony, Riccardo Benassi, Will Benedict & Steffen JÃ¸rgensen, Hannah Black & Juliana Huxtable & And Or Forever, Giulia Essyad, Simon Fujiwara, GRAU, Mandy Harris Williams, Camille Henrot, Sabrina RÃ¶thlisberger, Akeem Smith and Telfar. Each artist will produce a new piece of moving images for the exhibition.

Emma Enderby appointed Chief Curator of Haus der Kunst
The Haus der Kunst in Munich appointed Emma Enderby as its chief curator. Enderby is currently a curator at The Shed, an arts space in New York City where she has curated exhibitions dedicated to Ian Cheng, Agnes Denes and others. She will remain as General Curator there and is expected to continue working on an exhibition by TomÃ¡s Saraceno for the Shed before starting at the Haus der Kunst in November. “Emma’s broad interdisciplinary expertise combined with her deep commitment to visionary artistic practices will be a fundamental contribution to the new avenues of Haus der Kunst” Andrea Lissoni, said the artistic director of the institution in a statement.

Hawai’i Contemporary announces details of Hawai’i Triennale
Contemporary Hawaii announced the list of artists and locations for the inauguration Hawaii Triennial, which will take place from February 18 to May 8 in seven exhibition venues spanning the Hawaiian island of O’ahu, including the Bishop Museum, Foster Botanical Garden, Hawai’i State Art Museum, Honolulu Museum of Art and the Royal Hawaiian Center. Entitled “Pacific Century – E Ho’omau no MoananuiÄkea”, it will feature 43 international and native Hawaiian artists, including Ai Weiwei, Theaster Gates and Herman Pi’ikea Clark. Each artist and collective will present new commissions exploring the themes of post-colonization and climate change in a local context.

The Getty Museum acquires a rare painting by Bassano
The Getty Museum in Los Angeles acquired the monumental 16th century painting The miracle of the quail (1554) by the Venetian artist Jacopo Bassano. Measuring around seven feet tall, it is one of the largest works executed by the artist and has never been exhibited publicly before. The painting depicts the biblical episode of Moses and the Israelites avoiding famine in the desert after a flock of quails fell from the sky. In a statement, Getty director Timothy Potts said the work would be installed in early November as a centerpiece in the museum’s 16th-century gallery of northern Italy paintings, alongside works by Titian, VÃ©ronÃ¨se, Savoldo, Lotto and Dosso Dossi.