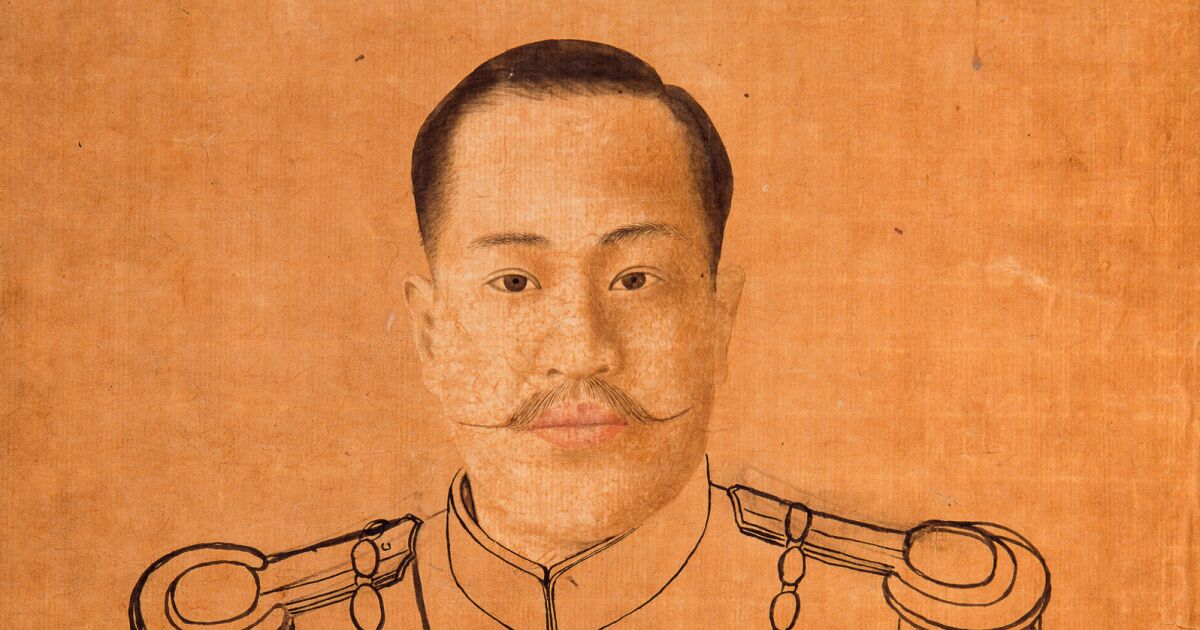 Review: Modern Korean art has long been in the limelight in Los Angeles

Artists, being people, are attracted to power. Like butterflies to a flame.

What they do in their work with the relationship they seek with it can vary greatly. But power is rarely ignored. A major new exhibit at the Los Angeles County Museum of Art examines what 88 Korean painters, sculptors and photographers have done with their curiosity for artistic power over seven rather tumultuous decades.

The show begins in 1897, when the staunchly isolationist Joseon dynasty came to an end after a sweeping rule that lasted 500 years. It ends around 1965, roughly the beginning of the contemporary era.

The power to which these Korean artists were drawn was modern art in the West, particularly in Europe and, secondarily, in the United States. Often this art was filtered through the example of Japanese artists and teachers, who had been involved in various Western interactions and colonized Korea from 1910 to 1945. This makes the transfer of power even more complex.

According to LACMA, “The Space Between: The Modern in Korean Art” is the first major exhibition to examine the art produced during a huge cultural transformation that laid the groundwork for the relatively recent emergence of a decisive technological and, more modestly, artistic power. — at least on the southern part of the peninsula. The democratic, rich and liberal South could not be more different from the isolated, poor and authoritarian North.

A poignant moment comes in a technically accomplished 1948-49 self-portrait by Lee Qoede – and learning that he has all but disappeared after crossing the 38e parallel in 1953 when the Korean War was coming to an end. From the front, at waist height, looking straight ahead, the artist holds a palette and brushes to his chest as an emblem to signify his identity.

Lee’s portrait is layered in a subtle yet complicated way.

The various brushes he wields are for oil, watercolor and ink painting – the first illustrious European material since the Renaissance, introduced to Lee’s homeland less than 50 years before, the rest renowned artistic materials used in Korea for centuries. (The first oil painter was Ko Hui-dong, whose 1915 self-portrait is a relaxed, subtly erotic composition in which he lies fanning himself with his shirt open, as if guessing the later statement of Willem de Kooning that flesh was the reason oil painting was invented.) Lee’s long blue blouse is a common type that evolved from an old style of Chinese overcoat, but his hat fedora with a smartly pinched crown is super modern, first adopted by feminist French women in the late 19th century and made fashionable for men in the 1920s by no less than the Prince of Wales.

His general pose is like that traditionally reserved for a dignitary, so he elevates his rank as a working artist. In the placid, hilly landscape behind him, women in traditional dress toil in the fields. The self-portrait celebrates work – a key value of Confucianism, firmly rooted in Korea since China in the 15th century. Here, the work includes the work of art.

LACMA curator Virginia Moon, chief organizer of the exhibition with colleagues from the National Museum of Modern and Contemporary Art of Korea, notes in the helpful catalog that once “Western things became synonymous with modern things, Korea has changed irrevocably”. The origin and spread of this equation is the subject of the exhibit, which is a relatively new area of ​​art historical scholarship.

It’s cleverly presented, if without much excitement. The galleries are arranged in five sections. Few of the 131 paintings, photographs and sculptures are convincing, except in a documentary way.

The show begins with the impact of photography, its most engaging medium. “Modern Encounter” considers the arrival of the camera – more than 40 years after its European invention – in long closed Joseon society. Formal ink portraits of dignitaries are juxtaposed with equally formal photographic portraits. A 1923 painted study for a royal portrait of Emperor Sunjong by Kim Eunho almost looks like a linear tracing made from a photographic poster.

Cameras, as always, turn everything upside down, and the medium took off during the Japanese colonial period. The photographs take on a variety of forms and subjects, whether it’s Jung Hae-chang’s idealized figure study, Min Chung-sik’s bizarre tabletop construction of a mountain range, or pictorial social realism of rural workers and an unemployed city child by Limb Eungsik.

In fact, according to the show, one photograph is the most widely reproduced Korean image: Shin Nakkyun’s playful 1930 black-and-white photo of famous dancer Choi Seunghui. Dressed much like a soon-to-be-popular Shirley Temple (Choi was 31 at the time), she curtsies, holding her girlish skirt wide with dainty fingers, her broadly mischievous smile casting doubt on any assumption of female obsequiousness.

“Modern Response” traces the struggle for a specifically Korean identity during the Japanese occupation between 1910 and 1945, while “The pageantry of the new women’s movement” highlights the emergence of an unprecedented feminist attitude in a Confucian culture clearly dominated by men. (That’s where Choi’s photography comes in.) “Modern Momentum” incorporates cubism and abstraction, and “Evolving Into the Contemporary” pushes further into the globalized present.

The most surprising object is the aptly titled “Artwork” (1962) by Quac Insik, a pane of glass that he broke and then painstakingly reassembled, shard by shard. The cobwebs of the reassembled pane are a painstaking worker’s diary of its destruction and reconstruction — and not a bad metaphor for the arc of Korean history in the 20th century.

The difficulty with the show is the relative lack of adventurous works like this. Much of it is merely derivative, notable as historical chronicle but less so as artistic invention and achievement.

Lee Ungno has a great facility with ink, for example, but to run the densely intertwined vines of a wisteria, often a symbol of longevity, to look like a completely non-figurative drip painting by Jackson Pollock seems dismissive. in a perhaps unintentionally pleasant way. The 1959 woodcarving of Kim Chung Sook, one of the few women on the show, looks like the work of a skilled student crossing Constantin Brancusi and Henry Moore. Neither of them transforms the influences wisely.

The organizers seem to know this, grouping numerous paintings on the walls of the gallery in an old-fashioned Victorian hanging, where nothing takes precedence over the rest. Being drawn to modern Western art has opened up Korean culture in many ways previously unheard of in the West, and the exhibit is worth a visit to understand the dynamics. Don’t expect many satisfactions beyond the organized historical narrative.