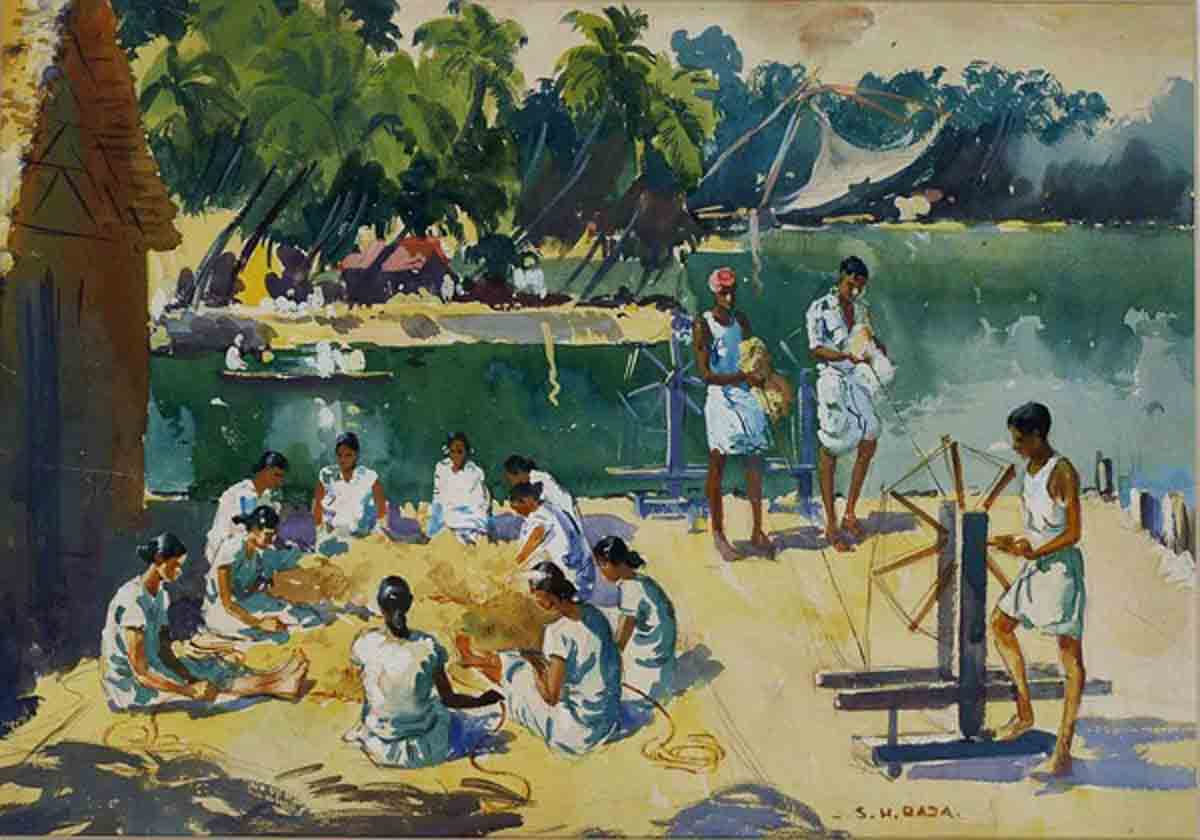 As the artists embarked on journeys to explore the country, they were inspired to capture the landscapes, landscapes and culture of the people on canvas.

The discourse on modern art in India is replete with stories of artists who have ventured to explore India in length and breadth. By embarking on these journeys, artists were not only inspired to paint the beautiful landscapes they witnessed, but also captured the lives of different people and cultures on their canvases.

One of the first artist collectives to represent India were the Bengali artists of the early 20th century. Artist Nandalal Bose created a vast body of work in different mediums and many of these works depicted scenes and landscapes of rural India. A magnificent landscape executed by the artist in 1939 captures the lush Tagdah Forest near Darjeeling.

The artist Hemendranath Mazumdar, who is best known for his portraits, also depicted city scenes as shown in his 1925 work titled â€œNew Marketâ€. At the beginning of his career, the artist Jamini Roy executed many landscapes in the style of Impressionism. Another artist from Bengal, Gopal Ghose, cycled to many places in India to paint landscapes there. Sailoz Mookherjea also created country scenes as in “Temple” created circa 1940s and “On the Way to Nizamuddin” premiered in 1957.

Legendary modern artist Amrita Sher-Gil was deeply inspired by her travels in India. After spending her early years in the West, she yearned for her roots and returned to India in 1934. She traveled extensively and portrayed life in Indian villages. A visit to the Ajanta and Ellora caves left a deep mark on her. She described Ajanta’s frescoes as “vital, vibrant, subtle and unspeakably beautiful”.

The artist generation of post-independent India also drew inspiration from its surroundings and travels. Artist SH Raza, who settled in France after studying at the National School of Fine Arts in Paris, frequently traveled to India to visit heritage destinations such as Varanasi and the Ajanta Ellora Caves. It was during one of these visits that the epiphany of the creation of “Bindu” happened. This inspired him to study the ancient Indian texts in depth and find expression in the ‘Bindu’, which he believed to be the ‘seed’ or central point of the creation and progression of all forms of life.

â€œI was until then a French painter. I was not happy. I was looking for an Indian concept, a vision in my painting, â€the artist said in an online interview in 2010. Even before he left for France, he did many landscape works in watercolors.

A pivotal moment in the artistic journey of respected abstractionist Ram Kumar was his visit to Varanasi, after which he created several works depicting the city. In fact, many other Indian artists including MF Husain, KG Subramanyan, Arup Das, Manu Parekh and Paresh Maity have depicted the holy city in their works.

Another master of modern Indian art, FN Souza created fascinating landscapes that were deeply influenced by his childhood in Goa where he grew up around churches. Fascinated by architecture and the shining stained glass windows, he rendered his landscapes in vivid colors and with a distortion of form.

Early in his career, artist KK Hebbar began a painting expedition to southern India in 1946. Observing the contrast between the locals’ beautiful dark skin and their white outfits, Hebbar was able to understand the juxtaposition of bright and intense colors. nuances. He adapted to these techniques and created compositions in different mediums, including tempera and oil.

Many modern artists have also taken to capturing life in urban spaces, such as the work of Akbar Padamsee in 1953, â€œMan In Cityâ€ and â€œThe City IVâ€ by Jehangir Sabavala. With her work titled â€œPavement Dwellersâ€, artist Anjolie Ela Menon portrayed the lives of less fortunate people in cities.

With its diverse topography and myriad of cultures, India has been a constant inspiration to different generations of artists and continues to be captured on their canvases.

Now you can get handpicked stories from Telangana today to Telegram everyday. Click on the link to subscribe.

Michel Strauss, supremo of modern art at Sotheby’s who presided over the spectacular rise of the impressionist market – obituary