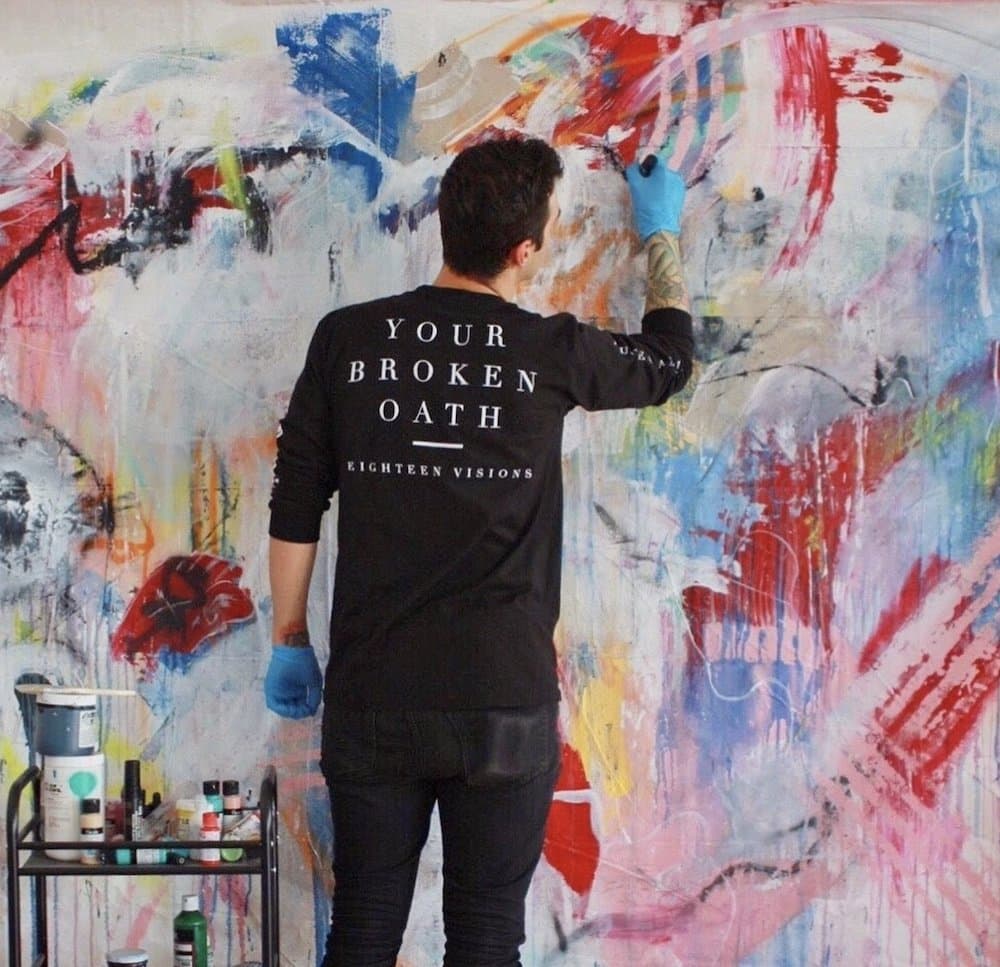 ThankYouX will be presented at the Bechtler Museum of Modern Art in Charlotte, North Carolina for its latest exhibition “Pop to Now: Warhol and his Legacy”. The exhibition will run from September 10 this year to January 2 next year.

The “Pop to Now” exhibition with ThankYouX

‘Pop to Now: Warhol and his Legacy’ is set to feature artwork by ThankYouX. Alongside it are works by classic artists like Andy Warhol, Jean-Michel Basquiat and Keith Haring. On top of that, there are more contemporary artists who will feature ThankYouX, Kirsten McIver, and Hees.

In particular, the exhibition is produced in partnership with AKTION ART. It’s a cultural exhibition of the century’s defining pop artists, paying tribute to the innovative creatives who have inspired billions, shattered ceilings and created iconic moments.

The “Pop to Now” exhibition will be the first museum exhibition to feature the work of ThankYouX.

To clarify, ThankYouX is an innovative artist who began his journey on the streets of Los Angeles by paying homage in spray-painted stencil to Andy Warhol. In particular, he is known for his art which converges with the physical and the digital. ThankYouX has collaborated with major brands such as Snapchat, Samsung, and Adidas. He amassed a large following, including his remarkably loyal Twitter following.

The American artist, real name Ryan Wilson, first rose to prominence in 2009 with his graffiti tributes to Andy Warhol all over Los Angeles.

Currently, much of his work is in NFTs. He often engages with the NFT community on Twitter, especially with his over 47,000 followers. Much of his work has been featured on Nifty Gateway.

The Bechtler Museum of Modern Art

The museum is named after the family of Andreas Bechtler. He was a Charlotte resident and native of Switzerland who collected and inherited a collection of over 1,400 works of art created by major figures of 20th century modernism.

Since then, Aktion Art has continued to represent ThankYouX’s physical canvases in a number of high profile activations, sales and exhibitions. Their flagship gallery is located on Worth Avenue, Palm Beach. It was there that they first exhibited ThankYouX alongside museum-quality works by Andy Warhol and JM Basquiat in 2021.

All investment/financial opinions expressed by NFTevening.com are not recommendations.

This article is educational material.

As always, do your own research before making any type of investment.