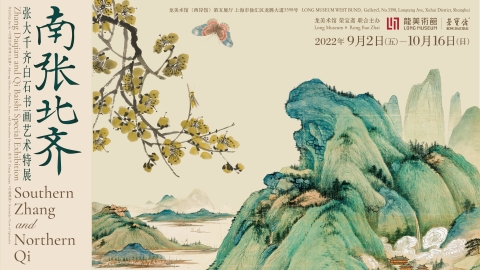 The masters of Chinese modern art celebrated in a unique exhibition 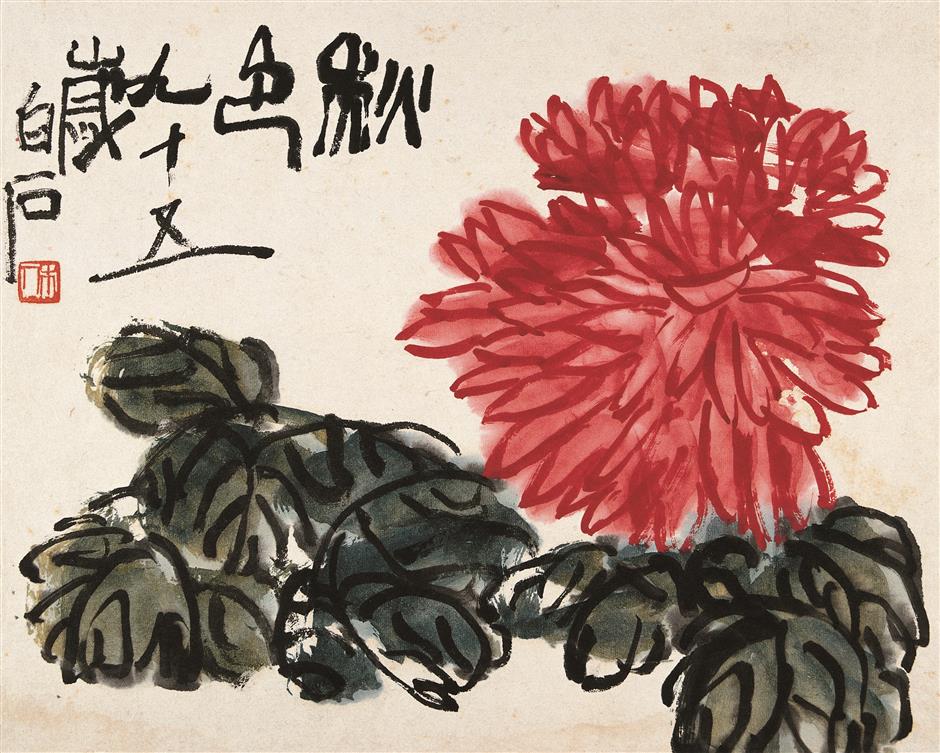 Part of “Book of Flowers and Fruits”, Qi Baishi, provided by Rong Baozhai

Fifty works of art created by two heavyweight peers who dominated Chinese modern art in the 20th century are featured in one of the best exhibitions of the year at the Long Museum West Bund.

The special exhibition “Zhang of the South and Qi of the North: Zhang Daqian and Qi Baishi” includes works on loan from the Long Museum and Rong Baozhai Beijing, one of China’s oldest auction houses.

It has always been a tradition to categorize Chinese culture and art into “Southern Style” and “Northern Style” due to different geographical locations and historical vicissitudes.

Most of the time, the division “South” and “North” also refers to the representative figures of the two regions, such as Zhang Daqian and Qi Baishi in this case.

Coming from a family of farmers in Xiangtan in the province of Hunan, Qi Baishi (1864-1957) began to learn carpentry at the age of 12 and then learned painting, poetry, calligraphy on his own. and the size of the seals. During his youth, he traveled around China to draw inspiration from nature while ardently studying the masterpieces of the first Chinese painters.

Qi was a pioneer in painting that brought freshness and spontaneity to traditional rice paper subjects, ranging from birds, flowers and insects to scenery and landscapes. Different from most other artists of his time, his works show no western influence.

The highlight of the Shanghai exhibition is Qi’s “Book of Figures” which vividly depicts a group of ancient figures with various postures and expressions in different scenarios. Qi uses very succinct and simple brushwork.

Widely considered one of the greatest Chinese painters of the 20th century, Qi is known for fusing Chinese tradition with innovative forms and style.

“The excellence of a painting is that it is similar, yet different,” Qi once said. “Too much resemblance flatters vulgar taste, while too much dissimilarity deceives the world.”

His peer, Zhang Daqian (1899-1983), is also one of the best known and most prodigious Chinese artists of the 20th century.

Born into a family of artists in Neijiang, Sichuan Province, Zhang studied textile dyeing in Kyoto, Japan. From 1941 to 1944, he traveled to Dunhuang in Gansu Province to make replica paintings in the Mogao Grottoes, also known as the Thousand Buddha Grottoes.

Zhang copied 276 murals and founded a new school of painting based on ancient Buddhist art.

After a successful career in Shanghai, he left China in 1949. His period of extensive travel that followed saw him live in various places such as Argentina, Brazil and the United States, before moving on to moved to Taiwan China in 1978.

These rich experiences abroad had broadened his horizons, and eventually Zhang succeeded in merging traditional and modern skills, creating the ink splash method, especially color splash, a style corresponding to Abstract Expressionism in the West and earning him a worldwide reputation.

In 1956, Zhang Daqian met Pablo Picasso in Nice, France. It is interesting that the Spanish master told him that he was an admirer of Qi Baishi and that his own majestic brushstrokes were also influenced by the Chinese painter.

What is the easiest credit card to get? | Credit Card News and Advice