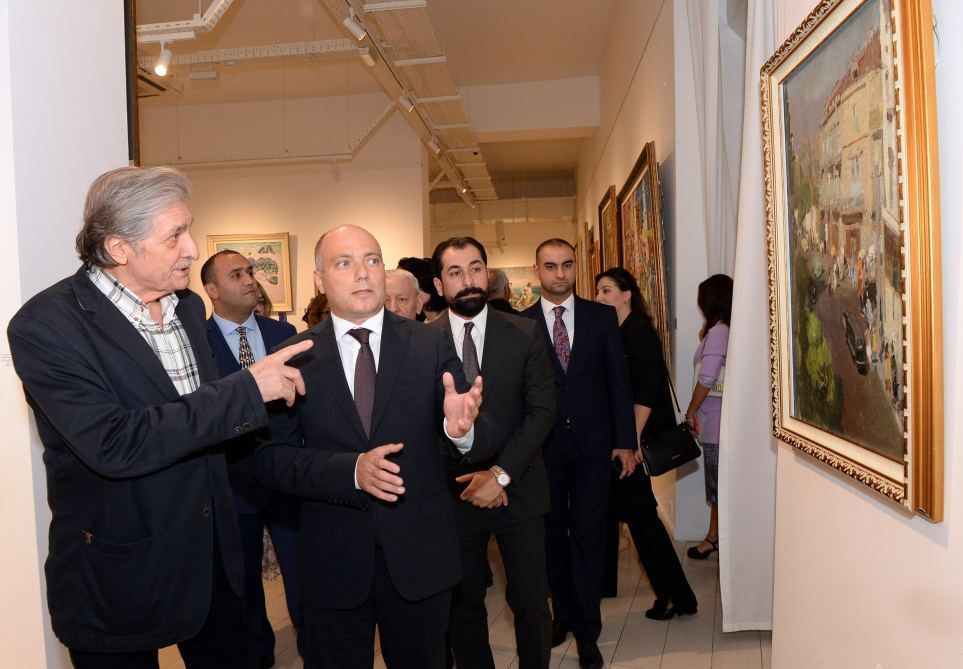 The Azerbaijani Museum of Modern Arts has breathed new life into paintings from the 1960s-90s, reports Azernews.

This unique art project was jointly organized by the Ministry of Culture, the public association Cultural Network House (CNH) and the Baku Museum of Modern Art.

Renowned cultural and artistic personalities, representatives of the diplomatic corps and other guests attended the opening ceremony of the exhibition.

Speaking at the event, Culture Minister Anar Karimov highlighted the importance of the exhibition for Azerbaijani art.

“The fund of the State Art Gallery of Azerbaijan contains more than 10,000 works of painting, graphics and sculpture, decorative and contemporary art by Azerbaijani artists. The presentation of these paintings to the general public clearly testifies to the glorious history of Azerbaijani art,” the minister said.

Anar Karimov pointed out that all exhibited works of art are considered valuable works of art which are included in the fund of the State Art Gallery of Azerbaijan.

He pointed out that the State Art Gallery of Azerbaijan was created thanks to the attention and care of a great patron of Azerbaijani culture and national leader Heydar Aliyev.

Stressing that the exhibition will last for a month, Anar Karimov said that it is also of great importance in terms of transmitting the rich school of painting of Azerbaijan to younger generations.

Cultural Network House president Aynur Suleymanzada said work on the project had been going on for seven months as it was being restored, thus giving it a “second wind”.

Chairman of the Union of Azerbaijani Artists, People’s Artist Farhad Khalilov called the 60s of the 20th century the “Renaissance” of Azerbaijani fine arts.

“These works of art are eternal and have great artistic value. It is gratifying to note that even today representatives of Azerbaijani fine arts make a great contribution to the development of national culture,” he said. he adds.

After the speeches, the guests were able to discover the works presented at the exhibition.

The “Second vent” exhibition will last until November 6.