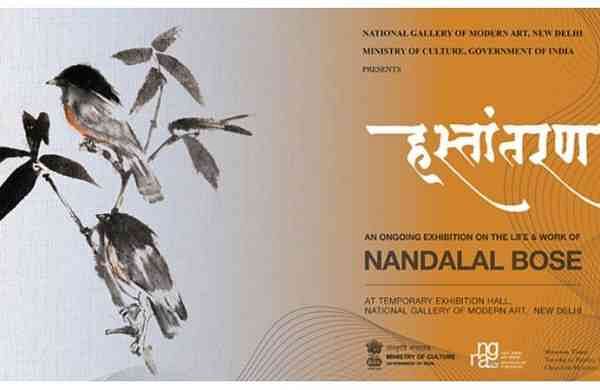 NEW DELHI: The National Gallery of Modern Art will host a Museum Night on Saturday from 6-8 p.m. at its premises to experience creative eclecticism and a twilight stroll through the sculpture garden. Adwait Gadanayak, General Manager of the Gallery will be present at the event.

The Night of Museums will offer a screening of Satyajit Ray’s documentary on Berode Behari Mukherjee. A guided tour of Nicholas Roerich’s section of Kshetragya (current exhibition) with historian and curator Vladimir Zaitsev is also planned.

The gallery has two ongoing exhibitions called Hastantaran (in transmission) and Kshetragya (The Enlightened). Hastantaran: In Transmission is a Nandalal Bose retrospective currently on display in the temporary gallery. “The NGMA is privileged to hold the largest collection of his works under one roof, many of which are on display.

The artist spearheaded a cultural renaissance aligned with Gandhi’s ideas. The piece de resistance is his rendition of Bapu (Mahatama Gandhi), an image engraved on linoleum that immortalized the Salt Satyagraha,” a press release said.

Also on display are his legendary Haripura posters from 1938, commissioned by the Mahatma. The importance of his contribution to the Independence Movement was recognized when he was asked to illustrate the pages of the Constitution of India, the statement said.