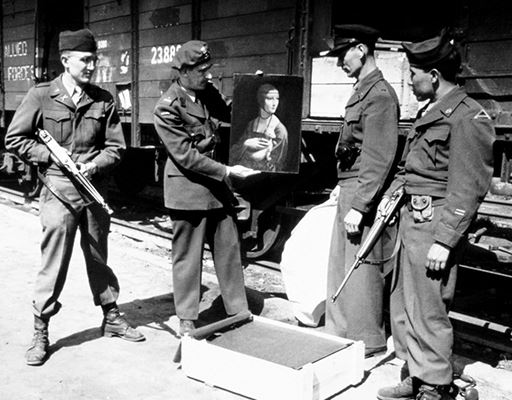 The Nazi War Against Modern Art

While some of the greatest works of art were looted by the Nazis and recovered after the war, thousands of people are missing to date.

From 1933 with the seizure of property belonging to German Jews and until the curtains on the European theater of World War II were closed in 1945, the Nazis looted around 650,000 works of art from across the continent. While many of these pieces have been recovered, largely through the efforts of the famous ‘Monuments Men’, around 30,000 of the looted works of art remain unaccounted for to this day.

Adolf Hitler was no stranger to the art world. He himself was an avid painter and, in his youth, planned to pursue his passion as a career, but gave up the idea after being twice rejected from the Academy of Fine Arts in Vienna. As much as he was a lover of the brush and the canvas, he reserved a kind of particular aversion to modern art, calling it “degenerate” in his autobiographical manifesto. Mein Kampf, and condemning movements such as Dadaism, Cubism and Futurism as the product of a decadent twentieth century society.

In 1933 Hitler became Chancellor of Germany and wasted no time in integrating his deep distaste for modern art into the political system. Classical drawings, sculptures and paintings, such as portraits and landscapes of old masters, could remain in German state museums. Everything else had to be sold or destroyed. And as a result, the great theft of Nazi art began. 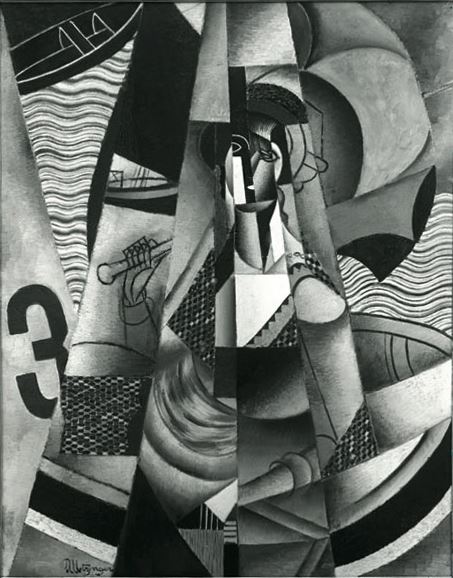 Gone, presumed destroyed. En Canot by Jean Metzinger, 1913, oil on canvas, was exhibited at the Degenerate Art Exhibition in 1937

But removing what Hitler considered unpleasant works of art from galleries and museums across the country for profit or destruction was not enough for the Nazis. Much like penitent public drunks, 650 confiscated pieces of art were first exhibited to the public for their gleeful derision. In July 1937 Die Ausstellung “Entartete Kunst” (The Degenerate Art Exhibition) opened in Munich. On the eve of the opening of the exhibition, Hitler gave a speech which declared a “merciless war” on cultural disintegration and went so far as to say that the German art world was suffering from ” great and fatal disease â€.

However, the Nazis struggled significantly in the sale of the seized works of art. The emphasis on the substandard quality of the parts backfired. On March 20, 1939, in the Berlin Fire Department, nearly 5,000 paintings, sculptures, watercolors, drawings and prints were set on fire in an act of propaganda similar to the infamous Nazi book fireworks. As tragic as the event is, the desired result has been achieved. Suddenly, there was no shortage of buyers for what is called degenerate art. But it wasn’t just the eradication or profit of such art that fueled the great Nazi art theft – Hitler also had plans for a great art museum. The FÃ¼hrermuseum, which was to be located in the city of Linz, Austria, never came to fruition, which is ironically unfortunate, because while most of the pieces that had been intended for the great museum had been housed there during the fall of the Nazi Germany, that would have made an important part of the recovery process and subsequent return much easier. 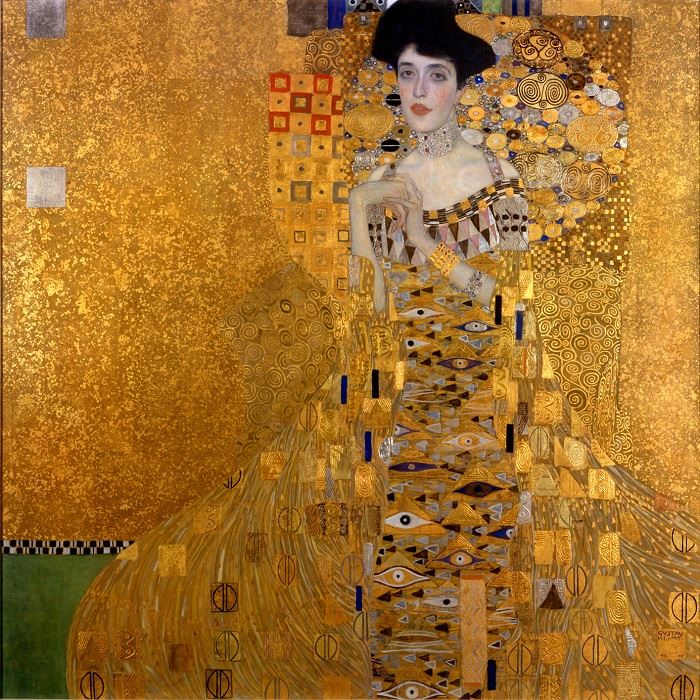 During the twelve-year reign of the Nazis, many famous paintings fell between their clutches, including that of Klimt Portrait of AdÃ¨le Bloch-Bauer I. The painting, also known as The golden woman, was commissioned by the Jewish banker and sugar producer Ferdinand Bloch-Bauer, the sitter’s husband. The coin was abandoned when Ferdinand was forced to flee the city of Vienna as a result of Austria’s Anschluss – the country’s annexation to Nazi Germany in 1938. It was later stolen in 1941 from the Great art collection left behind. After a long legal battle, the painting was sold by Ferdinand’s niece, Maria Altmann, to Ronald Lauder, art collector and co-founder of the Neue Galerie in New York. 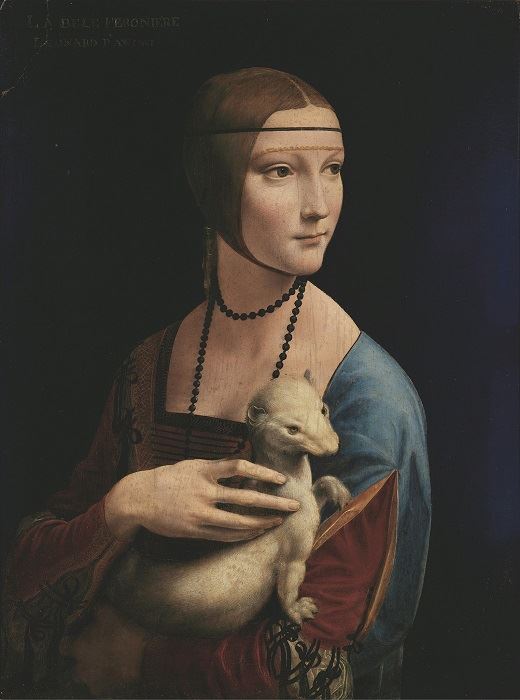 The famous Leonardo da Vinci Lady with an Ermine suffered a similar fate. In a move of anticipation carried out in the wake of the impending German occupation of Poland, the painting was moved from the city of Krakow to the much smaller town of Sieniawa, in the hope that there would be more in security, as had been the case during the November uprising. (the Russo-Polish War) of 1830-1. Unfortunately, the Nazis discovered the painting anyway and it was sent to the Kaiser Friedrich Museum in Berlin. The Nazi Governor General of Poland, Hans Frank (also known as the â€œButcher of Polandâ€) noticed the painting in the museum in 1940 and requested that it be returned to Krakow.

In keeping with the short-lived history of the masterpiece, it was moved to Wawel Castle, where Frank’s offices were located, before being moved to a looted art warehouse in Breslau in 1941. He then went on to been taken back to Wawel Castle and exhibited. But it was not the Ladythe last resting place of war; it was discovered by Allied troops in Frank’s country villa in the small town of Schliersee, Bavaria, near the end of the conflict. It was returned to Poland in 1946. 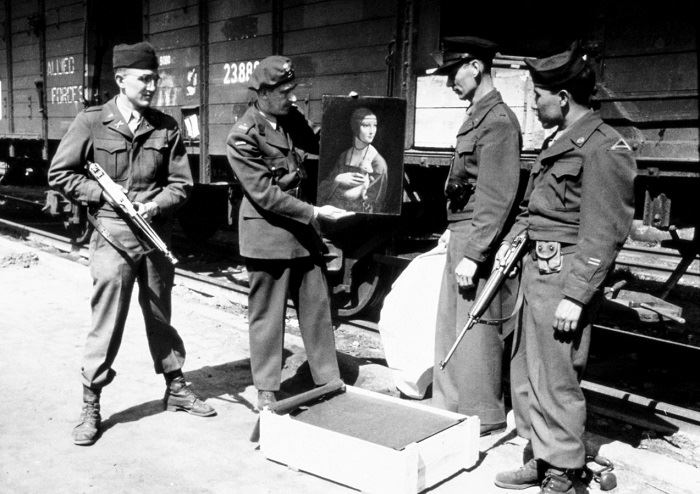 The Nazis then looted works of art from all the countries they occupied, particularly targeting Jewish property, with many pieces ending up in the private collections of high-ranking Nazi officers. In order to help protect precious European art from the hands of the Nazis, the Allies created special commissions, such as the Monuments, Fine Arts and Archives (MFAA) organization, whose members would become known to the world as of Monuments Men. More than 1,050 depots of looted works of art in Germany and Austria have been found in places such as salt mines, tunnels and isolated castles. Although a large number of stolen works of art have been returned to their rightful owners, a large number remain unaccounted for and are unexpectedly revealed from time to time.

In 2012, a treasure of more than a thousand paintings, drawings and engravings was discovered in the Munich apartment of a recluse octogenarian after being investigated for alleged tax evasion. Of these coins, about two to three hundred came from Nazi looting. The large reserve, which probably contained pieces exhibited in the 1937s Degenerate art exhibition, belonged to Cornelius Gurlitt, son of Hildebrand Gurlitt – an art dealer associated with the Nazis. The collection, which contained works by revered artists such as Renoir, Chagall, CÃ©zanne and Matisse, was confiscated by the German government and then studied by a large team of international researchers. Fourteen pieces that have been proven to have been looted under the Nazi regime have now been returned to their original owners, although, surprisingly, Gurlitt has named the Museum of Fine Arts Bern in Switzerland as the sole heir to the treasure shortly before his death in 2014, leading to the rest of the questionable collection that is there today.

Even though countless paintings that the Nazis seized during their truly horrific reign have been completely destroyed, it’s still entirely possible that many that weren’t there ever resurfaced.

To learn more about auctions, exhibitions and current trends, visit our Magazine page

Someone spray painted the entrance to a modern art museum