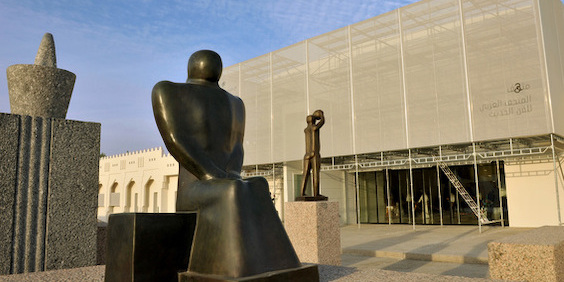 Qatar Museums has announced that Zeina Arida will be the next director of Mathaf: Arab Museum of Modern Art. Arida will assume her new role this month, taking the reins from Abdellah Karroum, director of the institution since 2013, and who is leaving as special conservation advisor to Sheikha Amna Al Thani, director of the National Museum of Qatar. and Acting Deputy Director General of Museums, Collections and Heritage Protection for Qatar Museums. He also plans to take on various independent curatorial projects.

Arida, an expert in Arab arts, culture and heritage specializing in photography, archives and modern and contemporary art, has been running the Sursock Museum in Beirut since 2014 as director of this institution. Following the devastating explosion in the Port of Beirut in 2020, which damaged the museum, she raised more than $ 2.5 million for its reconstruction and the restoration of its works of art. Prior to arriving at Sursock, from 1997 to 2014, she headed the Arab Image Foundation, where she helped establish a multi-year strategic program called MEPPI, which aims to raise awareness of the importance of preserving the region’s photographic heritage. .

â€œWe welcome our remarkable new director, Zeina Arida, who brings her deep experience and distinctive vision to Mathaf to guide this institution into its next decade,â€ said Qatar Museum Ahmad Al Namla, adding: â€œWe are deeply grateful to Abdellah Karroum for his invaluable role in the development of Mathaf over the past eight years thanks to the breadth of knowledge he has brought to this institution and the many important relationships with artists he has brought to us. Kharroum during his tenure, which spanned eight of the museum’s ten years of existence, raised the institution’s international profile with exhibitions at the Palais de Tokyo in Paris and at the Museo Nacional Centro de Arte Reina SofÃ­a in Madrid, and with exhibitions at the Mathaf of works by artists including Yto Barrada, El Anatsui, Raqs Media Collective and Wael Shawky. Kharroum will work alongside Arida to ensure a smooth transition.

“It is an honor to be chosen to lead this truly exceptional institution,” said Arida. â€œI am delighted to begin working with the staff, the Qatar Museum management and outstanding artists of Arab descent in the region and around the world, as we build on Mathaf’s accomplishments over the past few years. “